Our town has become what it is today due to the efforts of the many, many generations of people who came before us. These webpages are devoted to those people. By an understanding of our history, we can better understand where we are today and where we wish to go.

One of the Earliest Photos of the Town Center, 1861

The territory of present-day Stoddard, initially known as Monadnock Number 7 and known locally as Limerick, was first granted by the Masonian Proprietors on May 10, 1752 to Colonel Sampson Stoddard of Chelmsford, MA, and to a group comprising Rev. Thomas Parker, William Blodgett, John Butterfield, Nathaniel Richardson, and others. The charter was renewed on November 4, 1767. The town of Stoddard, NH, was incorporated on November 4, 1774, in honor of Colonel Stoddard. Colonel Stoddard never settled in Stoddard. The first permanent settler was John Taggert who came from Peterborough in 1768.

Geographically, the town is situated in the northeast corner of Cheshire County, bounded by Washington to the north, Antrim and Windsor to the east, Nelson to the south, and parts of Sullivan, Gilsum and Marlow to the west, and is about 19 miles north of Keene.

Historically, Stoddard was known for its manufacturing of wood products, such as ox yokes, pails and clothespins, and glass manufacturing, particularly the collectible brown Stoddard bottles, which supplemented agriculture and the raising of sheep and other animals. In the early 1800s, the town population swelled to over 2000. However, the development of industry in the larger population centers of Keene, Concord, and especially Manchester caused numerous people to move from Stoddard in search of work. This trend continued into the late 1980s.

Today, the population of the town is again growing from a low of barely one hundred residents in 1900 to over 1,000 full-time residents. Many more seasonal residents enjoy the pristine lakes and forests in the town between spring and fall or come in winter for cross-country skiing and snow shoeing. Stoddard's rich history is reflected in the charming homes and buildings dating back to the late 1700's and is a proud example of "small-town" New England. 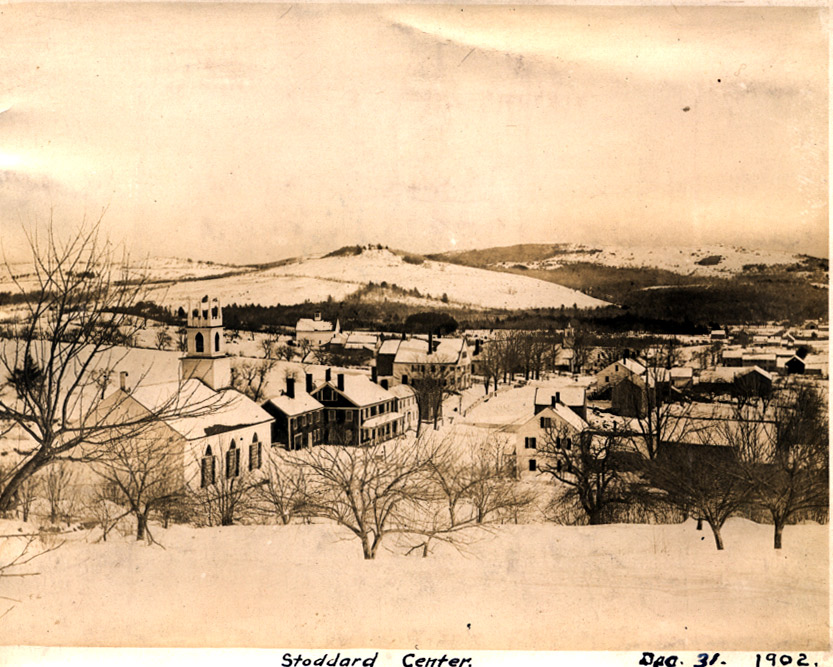